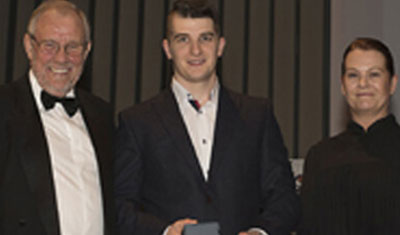 Hallam would like to congratulate our own Adrian Salatowski who won a Special Recognition Award at the Advanced Manufacturing Research Centre (AMRC) Apprentice of the Year Awards 2017, in Sheffield.

This is the third year of these prestigious awards which celebrate the achievements of AMRC apprentices and the support they receive in their development.

Rob Pickersgill, Managing Director of Hallam says ‘We now have four apprentices studying at the AMRC and would like to commend Adrian for his outstanding efforts and achievements during his time with us. He is well regarded by management and is a valued member of the Hallam team. We look forward to an ongoing relationship with both Adrian and the AMRC’.