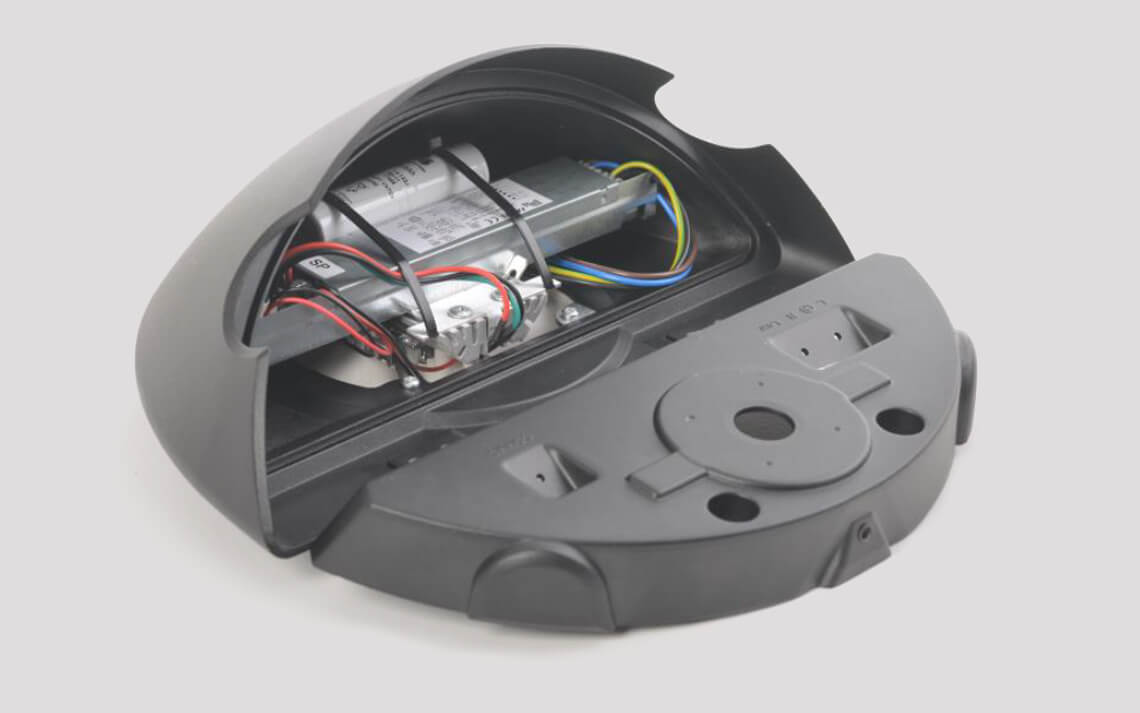 One of the key target markets for this product was the London Underground system and similar systems worldwide. The design of the housing, including the hinging mechanism for the gear tray (essentially a “lid” allowing maintenance access) had to be determined by Hallam.

As part of the design for the housing, the power cable routing system also had to be specified and prototyped by Hallam.

After design, simulation and several prototypes had been made, a hinging mechanism using some of the knowledge derived from other projects was found to be satisfactory. That hinging mechanism allowed repeated accurate placement of the two parts of the unit together. The hinges worked accurately and the system included sealing systems utilising the same carefully researched adhesive derived from pedestrian and traffic control system projects.

A completely new solution was found for the power cable routing features within the housing. The requirement was to provide an option for the installer either to install individual units or connect a number in series – either one or two routes into the unit, for the power cable, might be needed.

Hallam’s solution was to design and provide two “pop out” sections within the outer wall casing, one on either side, allowing either series or individual wiring. The development of the required functionality in volume production for the pop out sections proved to be a considerable technical challenge but Hallam was successful in achieving this.

The product has again proved to be successful and has been installed in a variety of environments including the London Underground system, sports halls, aeroplane hangars and a wide range of domestic, commercial and industrial buildings.